This month's, our Read It and Eat Book Club books were all robot-themed (Robot Dreams by Sara Varon, House of Robots by James Patterson and Chris Grabenstein, and Curiosity by Gary Blackwood).  We followed our discussion with a brush bot activity.  I had ordered electric toothbrushes though a dollar store, and I bought 72 little fingernail brushes through Amazon.  I initially thought I'd be able to easily pop the motors out of the toothbrushes, but in the end (after a lot of one-on-one time with needle nosed pliers), it seemed most practical to leave the motors in the brushes.  I was able to snip the heads off with a wire cutter pretty easily. 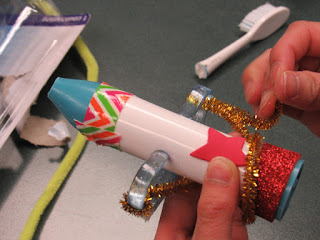 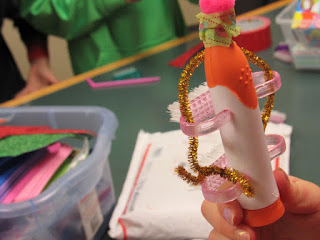 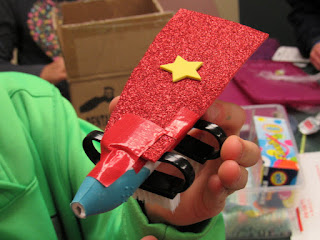